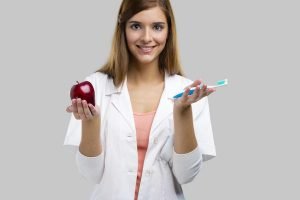 Archaeologists tell us that as long as there has been humanity, there have also been dental problems.

And while dentistry is now modern, safe, and effective, in previous eras it used to be a “catch as catch can” procedure.

Also, during the period that dentistry has modernized it has created a long list of interesting achievements and wacky facts.

At Thornton Dental we’re taking time this week to step away from dental issues, approaches, and our world class treatments, to take a look at some bizarre and interesting aspects of dentistry, both historical and modern.

Fossil evidence shows that as far as we can go back, there have been toothaches, therefore dental decay, and human attempts to deal with them. There are some interesting historical approaches. Let’s just say that, in the old days, people had pretty strange ideas about how to treat them. Here are two of the stranger treatments:

Frogs. One approach was frog/toad based. You could capture a toad and lick its stomach, capture a frog and spit in its mouth, or, if neither of these worked, you could settle for rubbing the frog on your face, near the toothache.

Earthworms. If frogs were difficult to come by, you could dig up a couple of earthworms, boil them, and pour the resulting solution in the ear on the same side as your toothache.

Mortal Remains. This one doesn’t seem worth it. Some people believed that if you removed the tooth of a dead person and wore it around your neck you could rid yourself of tooth pain. If that didn’t work, you could always smell the tooth of a corpse in hopes that your toothache would disappear.

These cures seem crazy today, but even now, some people have unrealistic approaches to a toothache.

You can “wait out” a toothache. This is 100% NOT true unless you leave the tooth untreated until it falls out! Dental decay does not go away on its own. Additionally, toothaches often bring infections and infections do not clear up on their own. A toothache requires the intervention of a dentist. So, if you have a toothache, don’t delay! Call your Thornton Dental dentist to discover the reason for the toothache and what needs to be done to fix it!

Dental treatment should be avoided during pregnancy. No, a dental check-up is recommended during pregnancy to ensure that the mother’s health is in optimum condition, both for the mother and child. Local anesthetics and X-rays are okay when absolutely necessary, but some treatments like amalgam removal and taking of antibiotics are prohibited. Be sure to tell your dentist if you are pregnant.

Did you know that you can grow a tooth in the wrong place? There have been multiple examples of teeth being found where they shouldn’t be. One man who had experienced several nosebleeds over a 3-year period, visited his doctor. The cause of the nosebleeds was unexpected – a tooth growing in the man’s left nostril! It had erupted through the bottom of his nasal cavity and was about a centimeter long. Surgeons removed the tooth, but why was it there at all?

Actually, about 0.15% to 3.9% of people in the world actually have spare teeth, scientifically known as mesiodentes. These teeth can turn around and grow the wrong way, showing up in the nose! Teeth have been known to grow in other places in the body, including as far away as the foot!

* In 1994, in the United States, a prisoner formed dental floss into a rope, scaled a wall, and made a getaway!

* The practice of placing a cover on your toothbrush to keep it clean actually does the opposite – it creates a moist environment that allows a higher rate of bacterial reproduction.

* The average person spends 38 days brushing their teeth over their lifetime, and they still don’t brush long enough!

What, no Tooth Fairy? In Nigeria there is no tooth fairy. Instead, children play a game when they lose a baby tooth. Boys find eight stones, and girls six, and they clasp them tightly in their fist, along with the tooth. The kids shut their eyes, count up to the number of stones, and say, “I want my tooth back!” The children then toss their teeth into the air, and run away as quickly as possible. It sounds fun, but where is the payoff?